Medication Adherence Support Programs- Is there a version that actually works?

By Noa Lapidot
First published at http://www.e-pochonder.com by Uri Goren

During the last few years, medication non-adherence and its devastating impact has become a common discussion topic. These discussions triggered various studies, technology developments and speculations in regards to the efficiency of current existing solutions in the market (apps, devices, call centers). A short while ago, a study with disappointing results in regards to the influence of a support system / technology developments on adherence levels was published. These results were a blow to different adherence technology developers as well as to believers in the impact that supporting program disciplinary has on medication adherence. Its results have shown that an intervention that combines smart reminding pill bottles, lottery based gamification and social support do not improve medication adherence outcomes, nor do they lower the rate of readmissions for heart attack surviving patients.

The interesting thing is that a short while before this study was published, another one was published as well, but- with completely opposite results. Medication adherence significantly improved, patient outcomes and health dramatically altered for the better, less readmissions and fewer ER visits for CHF participants.

How is this possible? What’s different? How can you see such conflicting results with a similar patient population, at such similar times? Or, in short- how to continue from this point on?

Turn point Comparison – Speculating why conclusions are so different

With a simple comparison, in a nutshell, you can see a wide range of differences between these two studies even though that the main studied question remains the same. If you dig deeper, you can see that the relative advantages of study number 2 were mostly related to the ability of personalizing and adjusting the complete support system to each and every patient- to his current medical state, to other prescribed medication he might have been taking, and still, constantly monitor his treatment regimen. It is also right to assume that personal treatment and human contact are better rewarding, long lasting and lead to better results than financial incentives.

There are four main areas that were significantly different in both studies:

The question to be asked – Is closer monitoring, including weekly calls from nurses, weekly medication refills by the medical staff, and real time interventions FAR MORE EXPENSIVE?

The answer is that if we exclude financial incentives and take only real time, relevant interventions under consideration (as opposed to unnecessary automatic ongoing calls / messages), efficiency will rise dramatically and the results of personalized support will be recompensed in vast savings to hospitals, caregivers, health care systems and to patients themselves.

This study was conducted by St. Helena Health (a health care organization in Brazil), where the impact of a complete support system was evaluated within a CHF patient population.

This support system included a supervising pharmacist that was in charge of documentation, logging, consulting and consistent contact with the head physician. There were weekly calls from nurses and the SimpleMed+ smart medication dispenser outputted reminders in the right intake times- visual, audible, as well as text messages and e-mails if needed.

Vaica’s smart medication dispenser is connected to a cloud infrastructure to monitor, manage and log every medication intake, therefore initiating a logic of selectable escalating reminders according to each patient’s needs.

The study was conducted six months before initiating the support system and six months after. The results were very impressive-

Adherence to medication was sustained at above 94.5%, 98% taken if including late doses as well, during the monitoring period. This is significant when you compare it to the standard 50% adherence levels for CHF patients[1] 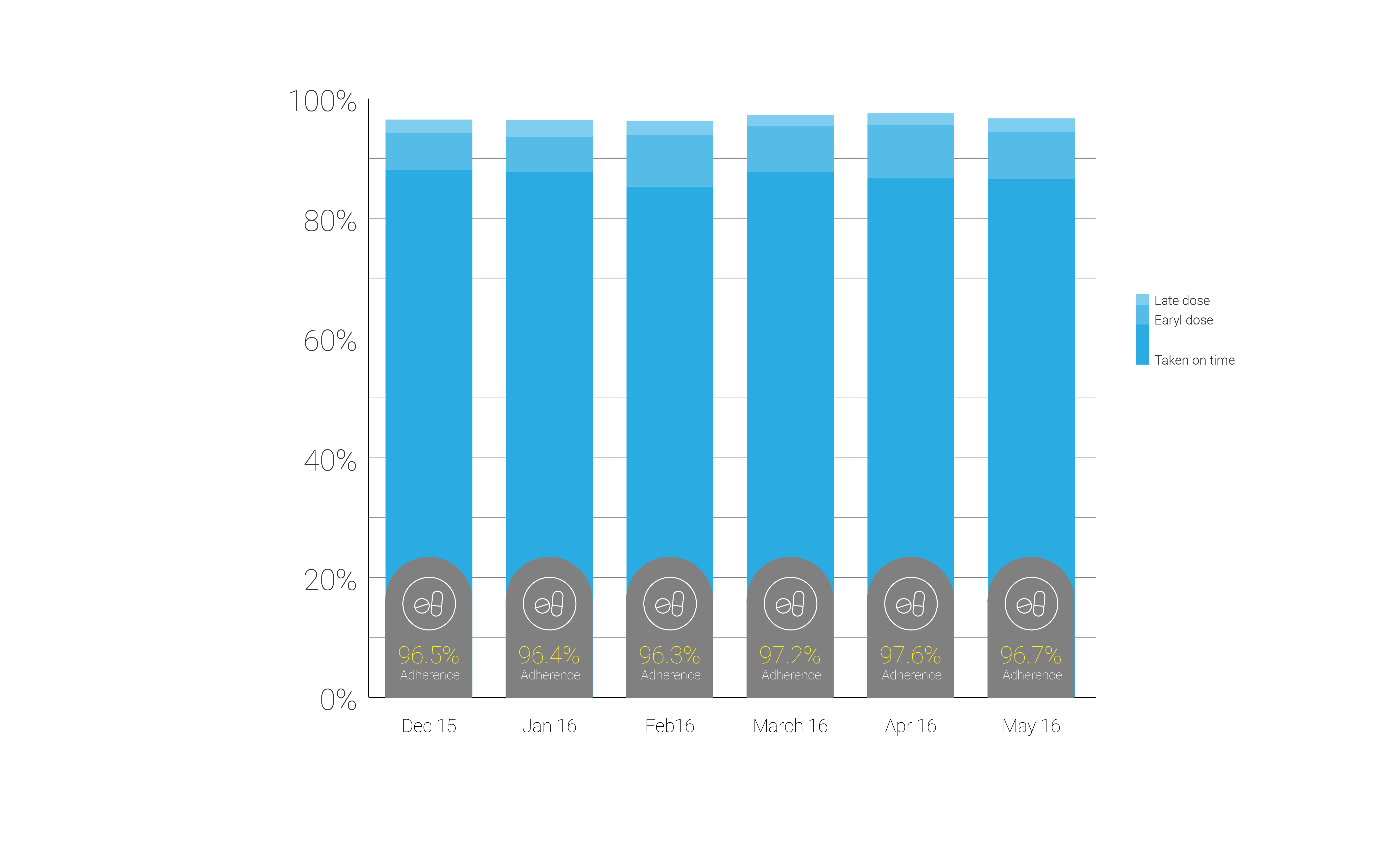 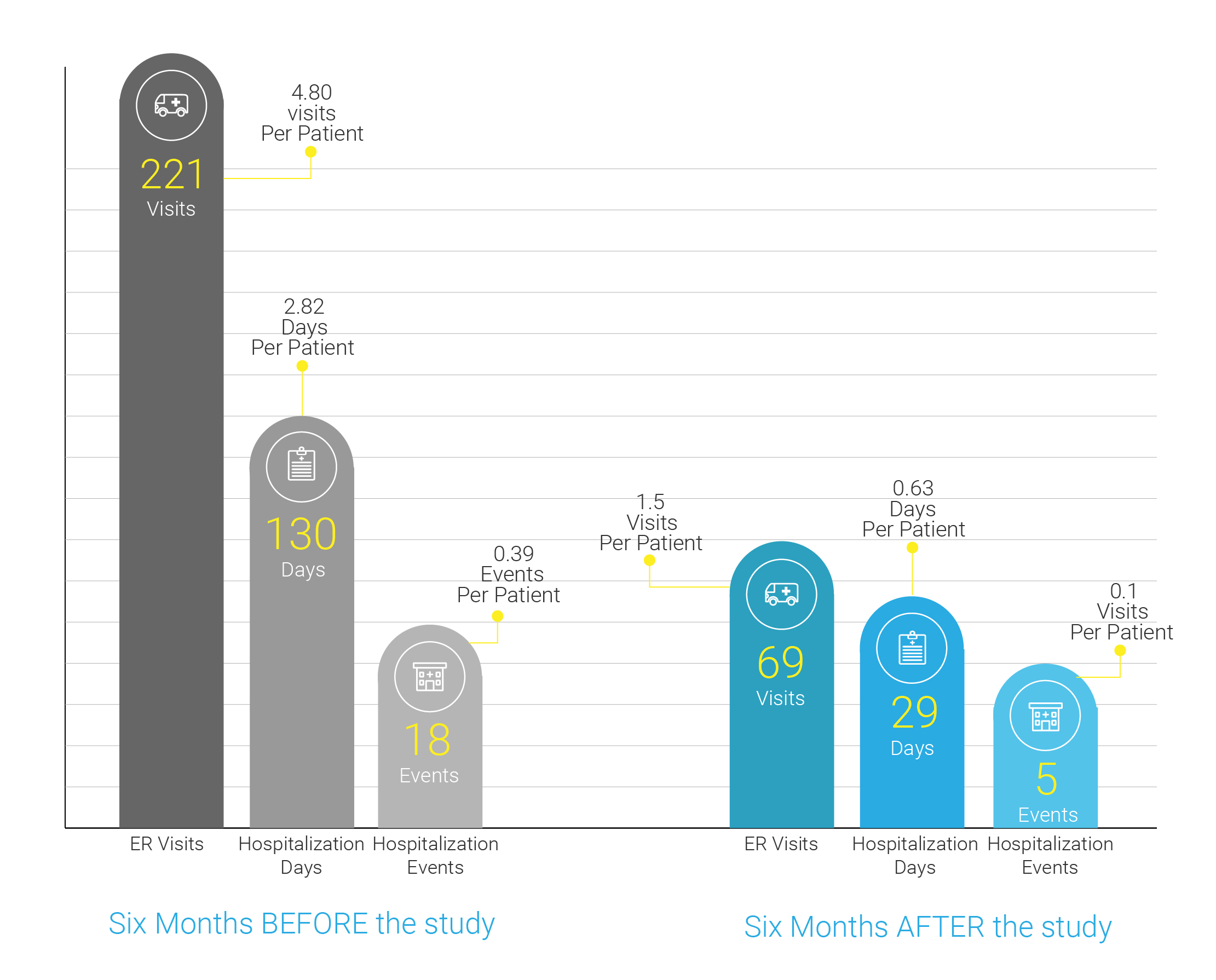 Although there was only a small amount of patients participating in this study, (70 patients overall while 46 had the support system and 24 were the control group), but these results laid the foundation to expanding the program to oncology patients and high-risk pregnancies.

Doctors usually classify patients’ heart failure according to the severity of their symptoms. This is the most commonly used classification system, the New York Heart Association (NYHA) Functional Classification[2]: 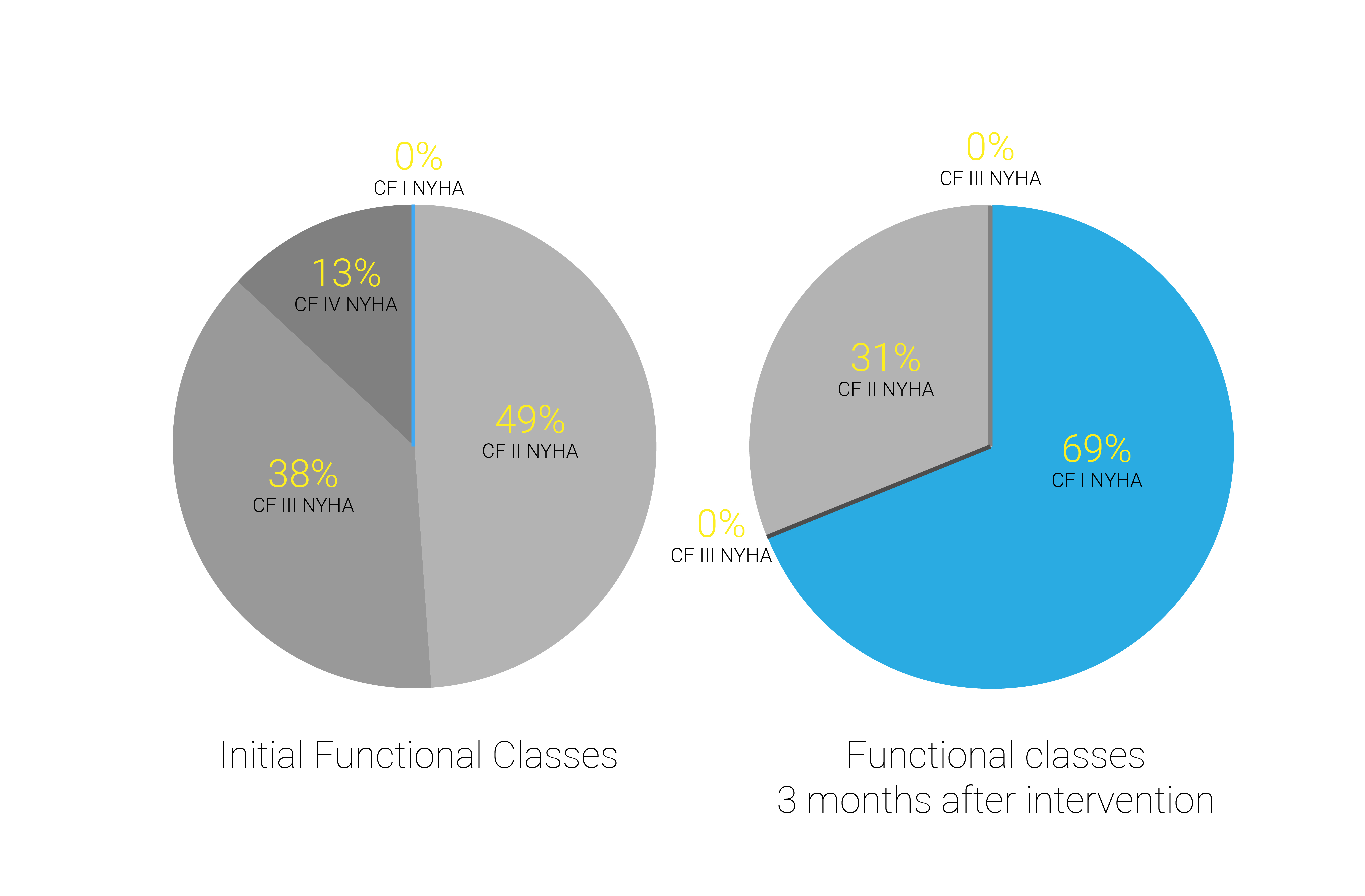 After only three months, where adherence levels were sustained at above 94.5%, the impact on patients’ health was clear. While the study was initiated with CHF patients of various classifications (ranging between 2 to 4), now they were diagnosed as classifications 1-2.